“As a kid I grew up close to one of the bigger surf/kite shops in Holland. But being a young 12 year old that just started kiting I couldn’t afford a subscription to a magazine… so I would always go down to the local shop and sit there and read the magazines. Something that stood out for me were the cool photo’s on the covers. I would usually start reading the magazine that had the best-looking cover photo and then go down to the second-best looking cover photo and so on. My dream as a kid was to be in one of those magazines one day, to be good enough to make pictures like that let alone be on a cover of one of the magazines.

Now many years later I’m living that little kids dream of being a pro kiter. So now that I have the change to work with magazines, I always try to keep the best looking photos for something that goes on a paper magazine and not just on the internet.

For this photo I had just finished the second stop of the Big Air Kite League world tour, and I had another month to spend in Brazil. Besides the competition area, I had not seen much of brazil, so I really wanted to go and travel a bit within Brazil. We went down to Barra Grande, a place down north from Fortaleza. Where a big river enters the ocean surrounded by countless mangroves and in my eye’s countless opportunities for photo’s. One of my friends Michal Jagniatkowski, a very talented photographer, was super keen on a photoshoot mission in the mangroves. This photo in particular was the first photo we took that day, and I knew straight away that it was a gem. Sometimes it takes days and countless sessions to get what you want, but on this one everything just fell in to place and we got lucky on the first photo of the day! “—STIG HOEFNAGEL 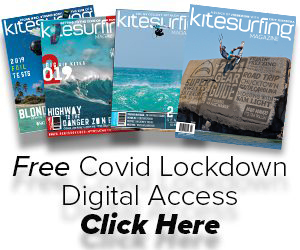